Who’s the other parent (“Paternity”)

When possible we like to use non-gendered language to honour non-binary communities. However, it can be tricky to do this when the words in the law don’t reflect gender diversity (and can quite often feel outdated).

For example, in the Care of Children Act 2004, gendered words like father and fatherhood are used to refer to the other natural biological parent (“paternal parent”). The process of figuring out or confirming who’s the other parent is referred to as “establishing legal fatherhood”.

Paternity is the legal word to refer to the biological parent who is not pregnant or who has not given birth to the child. In the law this is called “fatherhood”.

Why is paternity important?

Establishing paternity can be important for many reasons, including the well-being of the child’s parents and caregivers.

Paternity can also affect a number of important legal rights and responsibilities, including:

Do you need to establish paternity to get Sole Parent Support from Work and Income?

No. Work and Income don’t have the power to reduce or refuse your Sole Parent benefit if you do not name the other parent of the child.

How is paternity established?

A person will be presumed to be the father of the child if they:

Community Law is a free service and has 24 centres across New Zealand.

You can find the details of the nearest Community Law Centre at www.communitylaw.org.nz 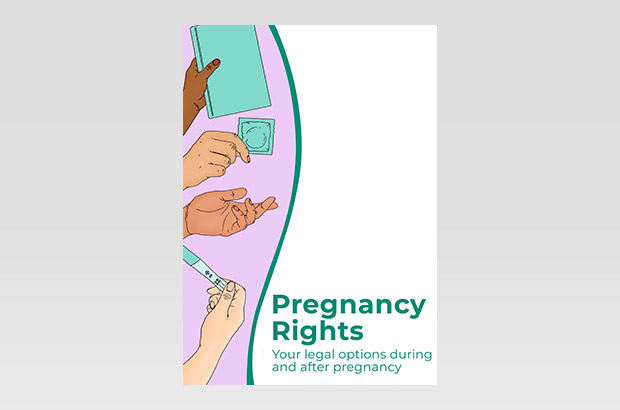 A basic, plain language guide that contains practical answers to questions about pregnancy and the law. It covers sex and consent, options after a positive pregnancy test, what help you can get with school, work, and parenting and more. Pregnancy Rights is written for young pregnant people, their whānau and advocates.