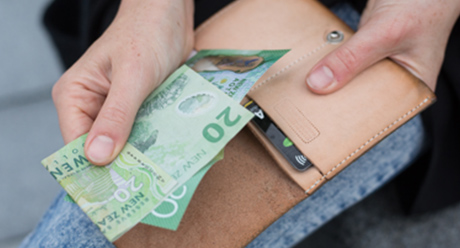 What action can borrowers take against lenders?

You can take civil court action against a lender if you think they’ve breached the CCCF Act:

The Commerce Commission can also bring civil court action against lenders. However, contacting the lender and going through a dispute resolution scheme can often be the least time consuming way to resolve your specific complaint. It’s always best to start there.

What can the courts do about lenders who break the rules?

The courts and the Disputes Tribunal have wide powers when a lender has breached the CCCF Act, including the Act’s repossession rules. These powers include ordering the lender to refund you money you’ve paid, or to pay you compensation for any loss or damage you’ve suffered, and generally making any other order that the court or the Tribunal thinks is appropriate. A lender who has acted in a particularly shocking way can also be ordered to pay you “exemplary damages” – these are damages that go beyond compensating you for any loss or damage and are aimed instead at punishing the lender.

If it’s a case where “statutory damages” apply (see below), you won’t also be awarded compensation unless the statutory damages aren’t enough to cover the loss or damage you suffered.

The High Court can also make injunctions to stop the lender doing certain kinds of things.

For some breaches, a lender will be required to pay “statutory damages”, which can be up to $6,000. These include breaches such as failing to give you key information, using incorrect interest calculations, or breaching the rules for repossessing goods. These penalties apply regardless of the loss you actually suffered and are designed to punish the lender.

The District Court can also ban lenders from operating a credit business if:

The ban can be indefinite or for a specific period.

If the lender breaches the ban by operating a credit business, they can be jailed for up to three months or fined up to $200,000, or both.

What happens if a lender commits offences against the CCCF Act?

The Commerce Commission can take action against lenders who commit the following kinds of offences against the CCCF Act:

Next Section | Other legal protections when you get credit

MoneyTalks provides free, confidential budgeting support. They can pair you with a financial mentor to help you if you are struggling with debt or need advice on budgeting.

The Consumer NZ website provides a wide range of information on consumer credit and debt issues, including debt collectors, repossession and bankruptcy

Phone: 0800 943 600
Email: contact@comcom.govt.nz
The Commerce Commission enforces the consumer credit legislation (the Credit Contracts and Consumer Finance Act) and the laws against misleading and deceptive conduct by traders (the Fair Trading Act). The Commission provides information on these areas on its website.

It’s All Good is an animated series produced by The Commerce Commission about consumer rights.

Phone: 0800 FOR CAB (0800 367 222)
Citizens Advice Bureaux have volunteers trained in consumer law who can provide information and advice if you have a problem with credit and debt issues.

There are four dispute resolution schemes for consumers dealing with lenders and other credit providers.

Cases in the District Courts

The Ministry of Justice

The Ministry of Justice website has information about civil claims in the District Courts: see www.justice.govt.nz and search “Claims you can take to civil court”.

The Privacy Commission has information on your rights in relation to credit reporting and how to complain if you feel your rights have been breached.

Three credit reporting companies operate nationally in New Zealand. To check your record or correct any information, you’ll need to contact them all.

You’re entitled to a free copy of your credit record. You should make sure you choose the free option when you contact each company.

Search the PPSR register to see if there is any security interest registered against a vehicle. This can be done for a small fee by registering to check online.

Bankruptcy and other options

The Insolvency and Trustee Service (ITS) deals with bankruptcies, no-asset procedures, summary instalment orders and some company liquidations. Information about those processes is available on its website. The ITS is part of the Ministry of Business, Innovation and Employment (MBIE).

The Manual contains over 1000 pages of easy-to-read legal info and comprehensive answers to common legal questions. From ACC to family law, health & disability, jobs, benefits & flats, Tāonga Māori, immigration and refugee law and much more, the Manual covers just about every area of community and personal life. It’s for people living in Aotearoa New Zealand (and their advocates) to help themselves.